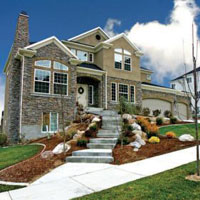 EquiFi received a capital investment from The Palisades Group to fund its home equity sharing product. This offering is an alternative for homeowners who wish to avoid taking on more debt secured by their property.

The size of Palisades’ investment was not disclosed. Previously, EquiFi raised $7 million in equity financing from private and venture capital investors. The company did receive a $2.5 million convertible note investment from Intero Real Estate Services in November 2018, according to Crunchbase.

Shared equity products are not loans, but agreements that give a company like EquiFi — or firms like Noah, Point, Unison and Hometap — a position in the property that allows it to share in any upside when the home is sold or the contractual term ends.

Unlike some of its competitors, EquiFi’s offerings do not have a defined time period, according to its website.

Palisades’ money will be used to finance originations of the EquiFi Funding Instrument Equity Access product. The company plans to grow its existing business in California and begin originations in Washington, Arizona, and Florida shortly. The company also markets the product as an alternative to a reverse mortgage.

While the funding from Palisades is only for Equity Access, EquiFi will be launching an equity sharing product that can be used by homebuyers looking to reduce their monthly payment or as an alternative to private mortgage insurance in the first quarter of 2022.

“EquiFi is committed to the principle of home ownership for everyone, which will enable entire generations to create wealth and accumulate the financial resources to live comfortably today and retire with dignity tomorrow,” EquiFi CEO David Shapiro said in a press release. “To align the investor with the capital needs of the homeowner, EquiFi works with a wide variety of institutional investors, including insurance companies and pension funds.”