FAIRFAX, VIRGINIA — Movement Mortgage, the nation’s sixth-largest retail mortgage lender, is excited to reinforce its commitment to growth in the newly formed Capital Atlantic area with the return of industry veteran Sean Johnson as Regional Director. 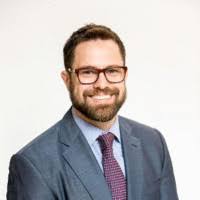 Having been ranked in the top 1% of mortgage originators since 2012, Johnson is excited to be returning to Movement, primarily because of their technology investment.

“We are beyond thrilled to have a leader of Sean’s caliber rejoin the Movement family,” says Chris Shelton, Divisional Leader for Movement’s Eastern Sales Division (NMLS #116406). “Finding someone like Sean, who has a heart of a servant for serving his people, is rare. We are overly thrilled to see his new region expand in Northern Virginia, Washington DC, Maryland and Delaware.”

Johnson echoed that enthusiasm. “Movement’s leadership from the top down creates a culture that is completely unique in the mortgage industry,” he added. “I am extremely excited and honored to be part of the growth in the Capital Atlantic region.”

A graduate of California State University/Chico, Johnson will be located in Fairfax, Va.

Movement Mortgage exists to love and value people by leading a Movement of Change in its industry, corporate culture and communities. Funding approximately $30 billion in residential mortgages annually, Movement is the sixth-largest retail mortgage lender in the US Movement is best known for its innovative mortgage process and referable experience, which begins with Upfront Underwriting and a seven-day loan processing goal. The company employs more than 4,000 people, has more than 650 branches in the US and is licensed in 50 states. After funding its balance sheet and investing in future growth, Movement’s profits are paid to its primary shareholder, the nonprofit Movement Foundation. To date, Movement Foundation has received more than $260 million of Movement profit to invest in schools, affordable housing, communities and global outreach. For more information, visit www.movement.com.