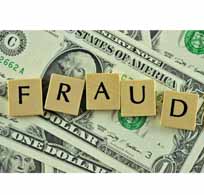 More than 440 loan officers have settled charges by 44 state agencies that they falsified the fulfillment of continuing education requirements their licenses depend on under state and federal law.

All the LOs involved worked with Real Estate Educational Services in Carlsbad, Calif., a company owned by Danny Yen, a local real estate agent. He and other REES principals are facing separate administrative enforcement actions by officials in California, Maryland, and Oregon alleging they issued false certificates or took classes at other providers on behalf of loan officers.

The action will result in a total of $1.2 million in loan-officer fines and the individuals involved will pay $1,000 in each state where they hold a license, according to the Conference of State Bank Supervisors, which oversees the National Multistate Licensing System, an LO registry. A total of 42 states were involved in the settlement.

“NMLS uses a verification technology to confirm that the person who was supposed to take the course actually has done so. Through the verification process, it was determined that hundreds of mortgage loan originators had not, in fact, taken the courses,” said Ed Gil, senior deputy commissioner for the California Department of Financial Protection and Innovation.

The settlement is a reminder that officials who oversee the NMLS established under the Secure and Fair Enforcement of Mortgage Licensing Act do actively police the fulfillment of professional education requirements and other standards for nonbanks in the industry. The current action comes almost exactly two years after they settled with defendants who allegedly misused and reproduced questions from the NMLS exam.

“The state system will not permit bad actors to circumvent laws enacted to protect consumers, and we will remain vigilant in enforcing the principles of the SAFE Act,” said CSBS Chair and Montana Banking Commissioner Melanie Hall.

The loan officers involved in the current settlement will need to surrender their licenses for a “cooling off” period of three months. In addition, they will need to enroll in 20 hours of pre-licensing education, eight hours of continuing-ed, and any other training they may be due to take, state officials who spoke at a CSBS press conference told attendees.

The settlement stems from incidents that occurred between 2017 and 2020. To date, company-level actions generally have not been taken except against sole proprietors who may have been loan officers involved in the alleged fraud, and the mortgages involved are considered valid, according to the CSBS.

“There was no indication there was consumer harm here,” said Blaine Noblett, senior counsel for the California Department of Financial Protection and Innovation. California led the enforcement action.

Around 600 individual LOs across the country working for a variety of lenders allegedly were involved in falsifying their fulfillment of professional education requirements due to involvement with REES, and those who did not settle could face license revocation, Noblett said.

“It’s the task force’s intention to turn over all evidence to the states so that the appropriate states may take disciplinary actions against those individuals that did not settle,” said Noblett, noting that these states to date include California, Florida, North Carolina, Oregon and Texas.

Yen held a license issued by the California Department of Real Estate and was a DRE approved course provider. Both of those approvals are currently subject to revocation proceedings, Noblett said.