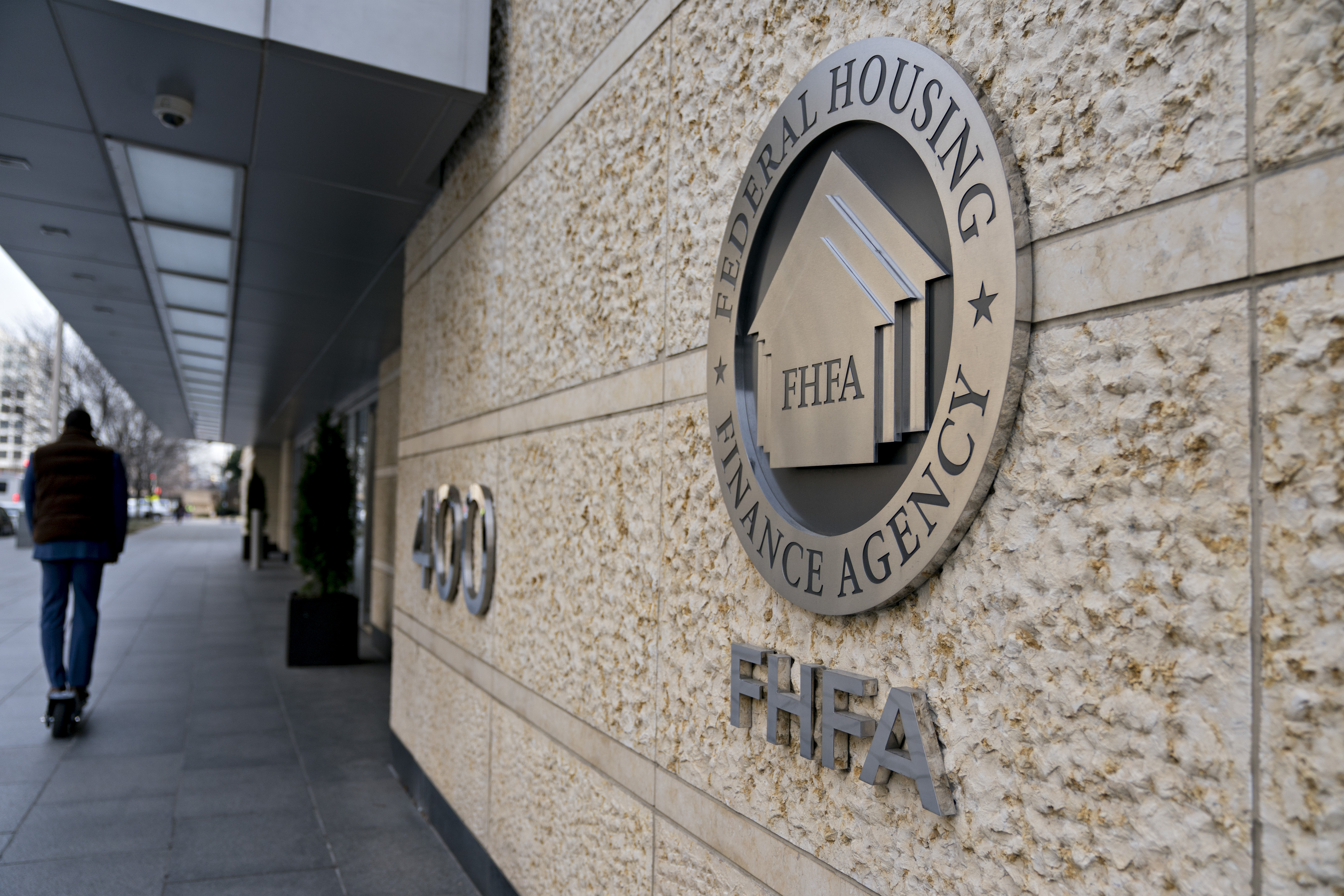 The Federal Housing Finance Agency has re-proposed minimum financial-eligibility standards for seller-servicers that work with two government-sponsored enterprises, confirming speculation that a return to a measure previously put on hold by the pandemic was imminent.

“In an ongoing commitment to the safety and soundness of our housing finance system, the enterprises must consider risk exposure from their contractual relationships with seller/servicers and assess, monitor and take appropriate actions to address the risks to which they are exposed in their business relationships with third parties,” Sandra Thompson, acting director of the FHFA, said in a press release.

The revived proposal builds on previous versions with some tweaks that incorporate some “lessons learned” from the pandemic, according to the FHFA. Its minimum capital requirements aim to account for differences between the servicing of loans sold to the GSEs and those in securitizations guaranteed by the government agency Ginnie Mae. They also reflect coordination with other federal agencies, which may suggest the industry could also soon see follow-up on a controversial proposal Ginnie Mae previously floated that would impose capital requirements on issuers of its securities. Commenters indicated that those requirements would be particularly onerous for small nonbanks.

Among standards the re-proposed FHFA rule would change for all counterparties is an upward revision in a component of the minimum standards for tangible net worth, and the removal of deferred tax assets from calculations for it. These have been $2.5 million plus 25 basis points of the unpaid principal balance of one-to-four family loans serviced. The re-proposed standards, in line with a pre-pandemic version of the proposal, revise that upward to 35 basis points for the component of servicers’ portfolio consisting of loans in Ginnie securitizations.

Nonbanks under the FHFA proposal would see their minimum capital ratio of tangible net worth/total assets revised upward to equal to or greater than 9% from 6%. Their minimum base liquidity requirement for servicing would be more differentiated as well. Currently it’s 3.5 basis points for all servicing. Under the proposal, in cases where interest or principal are remitted on a scheduled basis, the requirement would be revised upward to 7 basis points, and for Ginnie servicing it would be 10 basis points. For all other servicing, and in cases where companies remit in line with borrowers’ actual payments, the 3.5-basis-point requirement would still apply.

Nondepositories working with Fannie Mae and Freddie Mac also would no longer face any incremental charges related to having higher levels of nonperforming loans, but they would have a new origination liquidity requirement equal to 2% of their outstanding hedging position.

The initial industry take on the proposal has been mixed. The Community Home Lenders Association welcomed some differentiation in standards for counterparties based on size, but said the net effect of some changes could be felt disproportionately by smaller players.

“The changes are complicated, so [they] will take time to fully analyze. However, CHLA’s initial concern is that the elimination of intangible assets in net worth and the much higher capital ratio will push smaller IMBs out of the market,” the group said in an emailed statement, noting that it did “appreciate that the requirements would begin to create meaningful financial differences between large and small servicers.”

The FHFA will be accepting comments on its proposal for 60 days and expects to finalize the rule in the second quarter. It plans to make most requirements effective six months after they’re finalized, but will phase in certain ones more gradually.