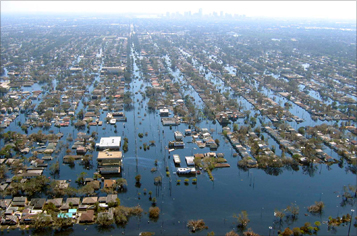 Although mortgage industry players might not see an immediate need to address climate change, businesses that try to get ahead of the game now will benefit, risk experts say.

All vectors indicate that a climate-risk plan will be a necessary part of doing business, according to panelists at the Mortgage Bankers Association Secondary & Capital Markets Conference in New York last week.

Proposed Securities and Exchange Commission regulations have already influenced bank operations and reporting, with the effects starting to trickle down to adjacent industries. But their impact might not be immediately apparent.

“Public companies that have mortgage lending are going to have to address these risks in connection with their mortgage operations,” said Kris Kully, regulatory compliance expert and partner at Mayer Brown.

“The interesting fact is that for the first time, the FHFA is really prioritizing these risks,” Kully said, noting the agency included the incorporation of climate change into the governance of the entities it oversees among its objectives.

“The Federal Housing Finance Agency, as you know, has authority over Freddie Mac and Fannie Mae. They’ve been pretty active and making kind of pronouncements about the prioritization of climate risks, including the fact that they finalized a strategic plan for the next several fiscal years,” Kully said.

The scrutiny could result in policy changes impacting the costs of originating or servicing loans, according to Janet Jozwik, managing director at Riskspan, a provider of data intelligence to the mortgage industry.

“Keeping an ear to the ground about what’s going on there and maybe trying to understand where things are going is pretty important,” she said.

The cost of climate risk could also spread to the housing market and economy at large. Risks based on weather events, such as flooding and wildfires could be classified as acute, Jozwik said, while trends like sea-level rise and drought fall under the chronic category, and influence how businesses need to transition in the future.

“What we see in the data is — acute events definitely have an impact on delinquencies and also have a big impact on prepayment behaviors,” Jozwik said. “And we’re starting to see evidence of some of the chronic risks having an effect on house prices,” although she added pinpointing the cost on housing with an exact figure was challenging due to conflating factors.

The impacts are felt on the secondary-market level as well in the quality of the loans available to investors and purchasers of mortgage-servicing rights.

“If you don’t have the ability to give them some information about that potential climate risk or the ESG risks that you have, then you’re potentially putting yourself at sort of a deficit with those investors that are focused on it,” said Christopher Joles, enterprise risk officer at Planet Home Lending.

“We want to make sure that you’re not potentially getting every single climate-risk loan that those people have on their books. That’s a big piece to pay attention to,” Joles said. “And that is something we should be asking of those that we’re buying from.”

While many might readily acknowledge the risk climate change poses to the mortgage industry, companies have not been in a hurry to come up with plans to address it. The panelists recognized the daunting task quantifying risk and creating solutions posed. Rules aren’t always clear either.

“Right now, there are a lot of things that are kind of affecting us from really moving this forward because we don’t have enough information,” Joles said.

“The regulators are not going to tell you exactly how to do it,” Kully noted. “They’re just going to come and say that you didn’t do it.”

But the industry is slowly recognizing a need for action. “For our industry, it’s been more of a reactionary process that’s turning into more of a proactive one,” said Kenon Chen, executive vice president of corporate strategy at Clear Capital, in an interview with National Mortgage News.

An increasing number of data tools and analytic modeling are now available, including some platforms that have location-based climate-risk models designed to be consumed by valuation companies in gauging risk, Chen said

“It seems like our industry is just starting to get their arms around how that should be incorporated in a lot of our risk decisions,” he said.

Recognizing the first attempt might not be the final solution shouldn’t deter businesses from taking those initial steps to addressing climate risk either, Joles said.

“Once we fail, it’s not really a fail,” Joles said. “It’s a learn-and-we-readjust. We constantly have to be doing that.”