Mortgage firms are invested in non-QM for the long haul: Fitch 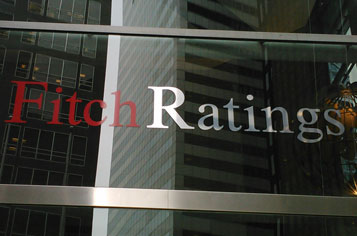 The new originators and aggregators that Fitch Ratings added to its residential mortgage-backed securities coverage are focusing on non-qualified mortgage opportunities, and not just for the near-term.

This comes from the latest Fitch’s quarterly originator/aggregator handbook, published Aug. 1, which includes both conforming and nonconforming market participants as well as Fannie Mae and Freddie Mac.

Pricing issues impacted the nonconforming securitization market in the first half of the year, as rapidly rising interest rates made it difficult for originators to sell paper to the private-label aggregators. Reportedly, those pricing difficulties were a factor in the closure of Sprout Mortgage and bankruptcy filing by First Guaranty Mortgage, as they were unable to move their non-QM production.

“Over the past three-to-four months, originators and aggregators have had to adjust to a different rate environment, including greater market volatility and wider spreads,” Fitch Managing Director Roelof Slump said in a statement. “This has slowed down originations and issuance across RMBS and including non-QM.”

That secondary market upheaval caused Fitch to define the expected level of RMBS issuance for this year as somewhat uncertain. Yet, rising rates are driving the secondary market to focus more on acquiring non-QM and second lien products from originators.

“As rates move higher and GSE refinance opportunities continue to dry up; the majority of the new additions to Fitch’s coverage this quarter reflect an increased interest in non-QM originations beyond near-term volatility,” said Slump.

While Fitch doesn’t have any market statistics, many market participants are anticipating an opportunity in non-QM especially once the rate path is clearer and volatility settles down.  “It’s possible that the overall level of non-QM activity in 2022 will come in lower than 2021 but we have seen that originators and aggregators continue to prepare for more activity there versus other sectors of the RMBS market,” said Slump.

Estimates of the non-agency market can vary from one rating agency to another. But as a measure of the general trend in this market, non-agency issuance year-to-date totaled $93 billion as of Aug. 1, up from $89 billion at the end of June, according to Bank of America Global Research.

That is slightly below its prediction in January for non-agency issuance of $190 billion in 2022, compared with $202 billion last year.

Ironically, Fitch Rating had just completed an assessment of Sprout’s operations on May 4, the report noted. The blurb on the company was updated to include the July 6 closure.

At the time of the review, Sprout had 10 active purchasers, and that was double the number from Fitch’s last review of the company.

Fitch also updated First Guaranty’s assessment as of April 7, and did not mention the company’s June 30 bankruptcy filing.