Steven Schnall, CEO of Quontic Bank, dies in an accident 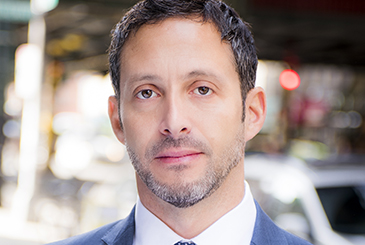 Steven Schnall, the CEO and founder of Quontic Bank in New York City, died this week. He was 55.

Schnall died in a motorcycle accident on the way back from a biking trip to Canada, The Real Deal, a real estate publication, reported on Aug. 3, citing sources.

“We’re extremely saddened to share that Steven Schnall, Quontic’s CEO and founder, has passed away in a tragic accident,” George Lazaridis, a Quontic co-founder and the interim CEO of the $872 million-asset bank, said in a statement. “For decades, and especially since founding Quontic in 2009, Steve was a charismatic leader who inspired progress, got results, and managed to have fun along the way. He will be greatly missed.”

After buying Golden First Bank, Schnall recapitalized and rebranded it as Quontic Bank in 2009. He set out to turn it into a largely digital bank. For example, to double deposits in 2019, Quontic offered high-interest online checking and money market accounts, which caught the attention of rate-comparison sites. The institution also built a middleware layer to connect the core system, mortgage software and online and mobile banking systems so it could more seamlessly pull real-time reports or query the data to help with decisions about how to price deposits, achieve liquidity and meet cash needs.

“This middleware is going to enable us to scale the business,” Schnall said at the time.

Quontic made big moves in other areas of technology under Schnall’s watch. In 2020, it was the first U.S. bank to have a debit card with bitcoin rewards. In the spring of 2022, it became the first financial institution in the U.S. to offer a payment ring and was an early experimenter with the metaverse.

“The metaverse is the new frontier,” he said in May. “To be on the front of that curve you have to plant a flag.”

Quontic became a community development financial institution in 2015. In a blog post in 2020, Schnall traced the bank’s history of extending loans to underserved communities before its official designation as a CDFI.

“The bank was too small to move to Manhattan, so we did the next best thing and moved it to Astoria, Queens,” he wrote. “Naturally, we began to hire people that were local to the community. Many of the people we hired, and continue to hire, were immigrants, mostly bilingual, and we ended up with employees from 20+ different countries.” He said the bank attracted diverse customers in turn, especially on the mortgage lending side, and found the majority of loans the bank was making were to low-income customers or in low-income areas of the city.

In a 2021 interview, Schnall elaborated on the niche Quontic targets. “[It’s] all of the people who would like to be homeowners, who are creditworthy as proven by a 700-plus credit score. They have a savings propensity as proven by a 20% or 30% down payment, but they can’t meet the [ability-to-repay] documentation and debt-to-income ratio guidelines put forth under Dodd-Frank,” he said. “It’s something that we have to be willing to take a chance on, not from a credit risk perspective, but what will people think if we’re making loans to consumers without requiring tax returns.”

Quontic was named one of American Banker’s Best Banks to Work For in 2021.

Outside of banking, Schnall founded companies such as New York Mortgage Trust, a national mortgage finance company; Fit Athletic Holdings, a health and wellness chain in California; Realmor Capital, a real estate investment and development firm in New York City; and Restaurant.com, a restaurant-finding website. He was also a founding director of Urban Angels, a nonprofit organization that provides 100,000 meals to the homeless every year, and served on the board of the Arthur Project, a youth mentoring nonprofit, according to the bank.

Schnall is survived by his wife and two sons.